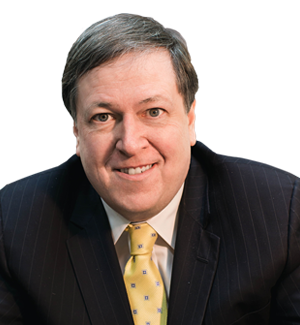 Peter Venaglia is the firm’s Managing Partner.  He focuses his practice on commercial litigation, antitrust, pharmaceutical sales compliance and equine law. He has a track record of success in cases of legal significance in the areas of commercial and antitrust law, including representation of a client in the Brand Name Prescription Drug Antitrust litigation which resulted in a directed verdict for the client after an eight week trial in the United States District Court for the Northern District of Illinois and an award of more than $2 million in sanctions against Plaintiffs’ counsel pursuant to Section 1927.

Prior to joining Schaeffer Venaglia Handler & Fitzsimmons, LLP (and its predecessor firm, Dornbush Schaeffer Strongin & Venaglia, LLP), Mr. Venaglia served as an Associate at Mudge Rose Guthrie Alexander & Ferdon. He has handled cases in a variety of industries, including a nationwide class action in the cosmetics industry and pharmaceutical matters in over fifteen jurisdictions around the county. He also handles a range of employment matters, including discrimination cases, and has conducted numerous internal company investigations on a variety of subjects, including matters brought by the Office of Prescription Drug Promotion (OPDP).  He has worked extensively in the area of pharmaceutical compliance and will be moderating a March 2015 panel entitled “In-House Round Table on Recent Trends in Pharma: Industry Insiders Reflect on the Hottest Topics on Compliance and Enforcement in Recent Matters” at the American Conference Institute’s 15th Annual Forum on “Fraud and Abuse in the Sales and Marketing of Drugs.”  He has also handled several matters (in New York and Delaware) involving disputes between various entities and individuals located in Russia.  For more than a quarter of a century, he has also performed legal services for The Nation Magazine, including pre-publication review of proposed articles.

Mr. Venaglia is Vice President of the Standardbred Owners Association of New York, and he is a Trustee of the SOA of New York’s Welfare and Retirement Funds.  He is a past Director of the United States Trotting Association, has testified before the New York State Advisory Commission on Racing in the 21st Century and before Committees of the New York State Senate and Assembly, and he has co-hosted the Yonkers Raceway TV Show since 2010.  He has served as a volunteer in the MENTOR program, where he worked with students from Franklin K. Lane High School in Brooklyn, New York, and has also volunteered with the New York Cares program.