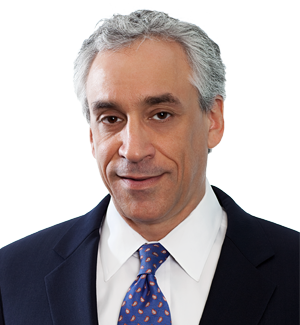 Bruce Handler is a Partner with the firm, focusing his practice on complex commercial disputes.  Mr. Handler counsels clients in a diverse range of civil litigations, including in the areas of securities, real estate, pharmaceuticals, employment, intellectual property and general commercial disputes.

Mr. Handler has represented several clients involved in complex federal securities and RICO actions, as well as governmental investigations. He has successfully represented a broad range of clients in disputes involving commercial leases, advertising, product diversion and gray market activities and copyright. He also has successfully defended attorneys and other professionals against RICO, malpractice and other civil claims arising from losses suffered by limited partnerships and other investment vehicles. He has successfully argued before the New York Appellate Division for the expansion of the remedies available to public customers in securities arbitrations. He has also successfully defended several employers against employee claims under federal and state discrimination laws, whistleblower laws and the Family and Medical Leave Act.  Mr. Handler is a certified mediator with the New York Peace Institute.

Prior to joining the firm (and its predecessor firm, Dornbush Schaeffer Strongin & Venaglia, LLP), Mr. Handler was a litigation associate with the firm of Paul, Weiss, Rifkind, Wharton & Garrison LLP, and a principal of the firm of Jones Hirsch Connors & Bull PC.

Mr. Handler is admitted to practice in the State of New York, the United States District Court for the Southern and Eastern Districts of New York and the United States Second Circuit Court of Appeals. Mr. Handler is a member of the New York County Lawyers Association, the NYCLA Professional Ethics Committee and the NYCLA Committee on Cyberspace Law. He received his Juris Doctor from New York University School of Law, where he was Developments Editor of the Annual Survey of American Law, as well as winner of the Seymour A. Levy Memorial Award and First Place for New York University in the Nathan Burkan Memorial Competition in Copyright. He received his Bachelor of Arts from Rutgers College, where he graduated with Highest Honors and as a member of Phi Beta Kappa.